Guess what’sa common question that has been bugging a lot of bike enthusiasts. Fuel injection vs carburetor in bikes. Which one to go for?

So, to clarify all these issues and differences, we have brought this blog for you.

If you look at the performance, fuel efficiency, operating convenience, and maintenance cost, you’ll find quite a difference between a fuel injector and a carburetor. That’s not all; even if you look at the energy savings, you’ll also find significant differences.

So, do you want to know how these two differ? Then don’t skip any of the following sections and know all the in-detailed reasoning and explanations.

What is Carburetor and Fuel Injection Engine?

A carburetor is a device that mixes fuel and air and sends it to an engine with a spark plug. Carburetors usually have a specific chamber for liquid fuel, the main jet, and an air-flow restriction in the shape of an accelerator pump.

Carburetors mix air and fuel to make the right mixture for burning inside the cylinders. However, many modern engines don't have these carburetors anymore. They are still used in older cars and motorcycles, as well as in the small engines that power lawnmowers and chainsaws.

Moreover, a carburetor is a tube with valves that let air and fuel into the engine and mix them up to such a proportion that it easily suits to a wide range of driving conditions. In contrast, a carburetor's job is to ensure that the fuel mixture proportion is right on the money!

A fuel injector is a newly structured mechanical device that injects fuel into the engine to prepare the correct air-fuel combination for efficient combustion.

Fuel injectors are positioned on your vehicle engine head with the tip within the combustion chamber.

There are many reasons that fuel injectors have been used in many recent engines. Improper air-fuel mixing via carburetors leaves unburned particles in an internal combustion engine's combustion chamber, causing detonation. So, to eliminate this issue once and for all, fuel injection technology is used.

Moreover, fuel injection technology is also needed to reduce fuel wastage as carbon or unburned particles in the combustion chamber.

That's not all; fuel injectors' ECU even allows for great precision, allowing bikes and other automobiles to have better mileage and performance than carbureted ones.

How Does carburetor engine Work

Fuel mixed with air creates power that burns in your engine cylinders. A carburetor then simply mixes gasoline and air for your bike engine. This mix of gasoline and air creates the optimum combination for engine cylinders. However, carburetors are still used in many old modeled motorcycles and vintage cars, despite being replaced in current vehicles by fuel-injection systems.

A carburetor is designed to have venturi on the top and bottom with two rotating valves. The choke valve controls how much air flows into the carburetor. When the valve is closed, less air can pass in.

This mechanism allows the venturi to draw in more fuel for the engine. The mechanism can prove to be a life-saver, especially when the engine is cold.

The throttle is the second carburetor valve. When the throttle is wide open, more air goes through the carburetor, allowing it to pull more fuel from the pipe, releasing more energy and letting your vehicle travel faster.

The working mechanism of a fuel injector is pretty simple. So, when you start the engine's ignition, the fuel injector automatically adjusts the timing regulation and amount of fuel sprayed.

When the fuel is transported to the injectors through fuel lines, the pressurized fuel reaches the fuel injector, pushing the inlet or main spring to enter.

Afterward, when the fuel enters the injector, it presses the plunger spring, opening the nozzle and spraying fuel.

As far as durability is concerned, carburetors and fuel injectors tend to stay durable as long as they are looked after and maintained.  So, in simple words, if you care for your bike and go through regular services, you'll be fine with the durability.

However, according to some bike users, fuel injectors don't last long, especially if the bike is not undergone maintenance. Compared to that, carburetors tend to last longer. Yet, there is no solid evidence regarding this.

Therefore, we suggest that if you look after your bike and its parts, whether it be carburetor or fuel injectors, it'll stay durable and provide you with desired performance.

Well, carburetors add a set fuel ratio to the mixture of air and fuel based on how it is tuned. Therefore, you won’t require any fuel ratio changes on the fly.

However, that’s not the case with fuel injectors. Their ECU often changes the ratio in the fuel injectors by simply making changes to the amount of fuel that stays within the engine.

So for this, fuel injectors are simply the best at fuel saving, which is also why the recent bikes (with fuel injectors) take in little gas.

Compared to parts on a fuel injector system, carburetor parts are cheap. This price difference is because fuel injectors have become more advanced, which means they cost more to make.

So, the carburetor system is best for you if you want cheap parts by giving up on other performance factors.

Carburetors are super easy to repair and fix, and even you can easily tune and tweak the carburetor if you have certain knowledge and expertise on it. Therefore, the maintenance cost for a carburetor comes at a pretty reasonable price.

The fuel injector, on the other hand, is a relatively new system. Adding the ECU parts controlling the fuel spray into your engine makes the overall maintenance quite challenging. Moreover, fixing an injection system yourself is near impossible if you are not an expert.

So, keeping all these in mind, fuel injectors' overall maintenance cost is comparatively higher than carburetors.

Carburetor Vs. Fuel Injection Engine in Bike: Which is Better?

Well, if you go through the above comparisons, you should have a clear winner: fuel injectors. In many cases, you may think that carburetors can be an ideal pick as they don’t cost much on maintenance, and it’s also pretty simple to fix and tweak.

However, if you look toward the long run, fuel injectors are pretty convenient, and they even aid you in saving a lot of your engine gas. Therefore, we think fuel injection engines are the best choice for you.

Now, while the efficacy of an FI system has been proven to be superior to carburetor, it’s not that the two systems don’t have their distinct advantages and disadvantages. Here, we will discuss the merits and pitfalls of the two systems in brief bullet points.

So while the advantages of an FI system are pretty clear despite its cost, you’d still be one among millions who still put their faith in the good old carb. Which tech do you prefer, and why?

Do let us know your opinions through comments below.

So, after going through this blog, you should now have a crystal clear concept of fuel injection vs. carburetor in bikes. Although there was a time when carburetors were considered the best option for engines, that’s when fuel injections changed the entire industry. So, we’ll strongly recommend you to go for fuel injectors if you want the best for your engine. 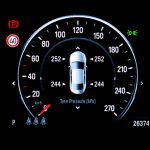 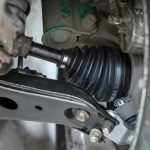 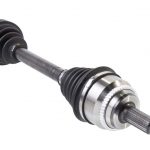 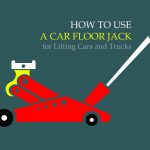